The Little Comrade makes its NYC Premiere at the New York Baltic Film Festival, followed by a Q&A with director Moonika Siimets. In the midst of the worst years of Stalin’s reign of terror, six-year-old Leelo’s mother is sent to a prison camp. Haunted by her mother’s last words telling her to be a good girl, Leelo vows to always be on her best behavior. But this is not easy to do in the confusing grown-up world, particularly as her list of difficult questions just keeps growing: Why is the Estonian flag suddenly forbidden? Who is an enemy of the people? And what are the ladies in the salon laughing at? As Leelo searches for answers in the hope that it will bring her mother back, she soon learns that being a good citizen and being a good daughter are not always the same thing. Directed by Moonika Siimets (Estonia, 2018)

Moonika Siimets is a talented Estonian director and scriptwriter. She graduated from the Baltic Film and Media School of Tallinn University and has attended Judith Weston’s scriptwriting and directing master classes in Los Angeles. She has directed award-winning documentaries, TV series, and short films, including Is It You? (2013) which screened at the Stockholm Film Festival, The Last Romeo (2013), and Pink Cardigan (2014). Her documentary credits include Report: Green Estonia (2007), Another Dimension (2012), Trendy Dog (2010), and World Champion (2009). In 2018 she was one of six women to direct a short film included in the omnibus documentary Roots. The Little Comrade (2018) is Siimets’ first narrative feature. It premiered at Busan IFF and received the BNK Busan Bank Award (Audience Award). 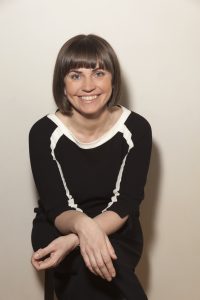