The series begins with a session on January 7-10. Click here to read more. It will conclude on the weekend of January 21-24,

This year, the Nordic & Baltic Oscar Contenders series at Scandinavia House is going virtual! In coordination with Scandinavian Film Festival L.A. with BalticFilmExpo@SFFLA, Scandinavia House is pleased to offer virtual screenings of films chosen by the Nordic & Baltic countries to compete for the Oscar nomination for the Best International Feature Film, available to viewers across the U.S. on the weekends of January 7 and 14.

Festival films will be available to ticket holders all over the U.S. Each session is limited to 300 tickets in an effort to preserve the intimate and communal experience. The sessions will take place over four days (Thursday — Sunday), with all films available for viewing on a virtual cinema screening platform throughout this period with the exception of Tove, which will be available for 48 hours from Saturday through Sunday.

Charter (Sweden, 2020; dir. Amanda Kernell). 97 min. In Swedish with English subtitles.
See the trailer
Presented with the Consulate General of Sweden in New York and the Embassy of Sweden in the U.S.

Following a recent and difficult divorce, Alice has been unable to see her children in months, as her ex-husband keeps them separated while awaiting a final custody verdict in Northern Sweden. But when her son calls her one night, distraught and weeping, she returns to the North in an attempt at reconciliation — only to have her hopes dashed on arrival. In a last and desperate move, Alice abducts her children and flies with them to a charter resort in the Canary Islands. In one last attempt, Alice abducts the children, flying with them to a charter resort in the Canary Islands under the guise of a weeklong vacation. And as the clock ticks down on their discovery, she must do what she can to rekindle her children’s love and trust, before losing them completely.

“A gutsy, discomforting look at some imperfect mothering.”—The Hollywood Reporter

Middle-aged couple Anja (Andrea Bræin Hovig) and Tomas (Stellan Skarsgård) have grown independent of one another over their long marriage, working at creative jobs in parallel worlds, with a large blended family of both biological children and stepchildren. But when Anja gets a terminal cancer diagnosis, their modern life breaks down and exposes its neglected love; and alone with her grief and fears, Anja realizes that she needs Tomas’ full help and support, and immediately, to ensure that her children will be able to weather the storm when she is gone. And as they are thrown into a crash course in mutual trust, Anja and Tomas discover each other anew, turning their tragedy into an unexpected love story. Based on the true-life experience of director and screenwriter Maria Sødahl — who returns to cinema after a nine-year hiatus after battling her own terminal cancer diagnosis — Hope is about a couple’s second chance in the midst of crisis, and of finding ways to love life.

As the young Lithuanian state celebrates 20 years of independence in 1938, the situation in Europe has become increasingly tense, as a new war looms on the horizon. In response to the growing tensions, geographer Feliksas Gruodis comes up with a novel solution: creating a “backup Lithuania” overseas, a place where the country’s inhabitants could move in case of danger. But in order to make his plan happen, he needs the support of the political elite. Based on the true-life story of Lithuanian geographer Kazys Pastas, Nova Lituania shows the dangers of nationalism when used for political power.

“An elegant, offbeat fiction that is both steeped in pre-war Lithuanian history and starkly relevant to our current moment”—Variety

In 1945 Helsinki, the end of World War II has brought a new sense of artistic and social freedom for aspiring painter Tove Jansson. Modern art, dizzying parties and an open relationship with a married politician have put her at odds with her sculptor father’s strict ideals; and when she meets theater director Vivica Bandler, Tove’s desire for liberty is further put to the test as she finds herself immersed in an all-consuming love that she longs to have reciprocated. Meanwhile, her creative endeavors are taking her in an unexpected direction as a side project based on the tales she once told to frightened children in bomb shelters rapidly takes on a life of its own; inspired by her own life, the exploits of the Moomins soon bring Tove international fame and financial freedom, with a daily comic strip, a stage play, and stories that delight readers around the world. As Tove begins to discover her artistic identity, she must break away from unrequited love in order to be free. A captivating drama, Tove portrays the iconic talent’s creative energy and her turbulent search for identity, desire and freedom.

“Tove beguiles audiences into the world of its characters”—Variety

The edge of the reindeers tongue holds all the lies and shall not be eaten. The one who eats it, will be a liar. When a Sami woman is attacked by a man during a blizzard on the tundra while she is herding reindeer, her sister senses that something is wrong, and sets off in search for her. Wrapped in fear and confusion, both women will unite in their fight for revenge. Winner of Best International Short Film at the Palm Springs International ShortFest, and Best Director at the Rhode Island International Film Festival, Njuokčamat is a strong visual and exploratory film story that deals with the taboo theme of abuse of women in indigenous communities in Northern Norway.

Ten-year-old Gabriel loves to sing and has one desire: to sing in the local choir, which rides kick-sleds through the snowy landscape of Northern Norway, and is known for their kindness and charity towards the village refugees. But when Gabriel’s father gets into a fight with one of the local refugees, Gabriel’s quest to join The Kicksled Choir becomes challenging. Winner of the 2020 TIFF Junior — Tromsø International Children’s Film Festival Audience Award; the 2020 Chicago International Children’s Film Festival Professional Jury’s Prize for Best Live-Action Short, and other awards. 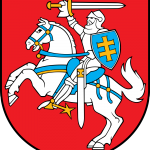