The New York Baltic Film Festival presents the NYC Premiere of Paradise ’89. It is the summer of 1989 in Latvia, and politics are turbulent as nine-year old Paula and her sister Laura leave the city to spend their holidays in the country with cousins Maija and Linda. Left without strict adult supervision as the endless sunny summer stretches before them, the four girls enjoy their unexpected freedom, and imitate leading the lives of adults: sipping coffee over conversations about life in cafes, plunging into reckless adventures, and getting into trouble. Based on true events, Paradise ’89 explores a story of growing up against the background of the Baltic Way, a time when Latvia took its first steps towards independence. Directed by Madara Dišlere (Latvia, Germany, 2018)

Madara Dišlere (b.1980) is a Latvian director with long experience in the film industry, having starred as Ida, Emil’s little sister, in the 1985 classic Emīla nedarbi. She graduated from the Directing program at the Latvian Academy of Culture in 2012, and has worked as Assistant Director on several films, among them Melānijas hronika, Es esmu šeit, and Rīgas sargi. Her short film credits include Vējš pelēkās priedes nolauza, Dzejolis, G Punkts, and Andžiņš. Paradise ’89 is her first feature-length film. 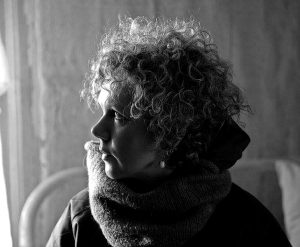