*This event will take place as a Virtual Program.*

To celebrate the extension of our online virtual exhibition Conversations with A Shipwreck, now on view through September 7, ASF and the Vasa Museum are pleased to present a conversation between the artists Joan Wickersham and Adam Davies, with Fred Hocker, the Vasa Museum’s Director of Research. Thanks to the support of an ASF travel grant Joan and Adam were able to spend a full month in Stockholm working with the Vasa Museum. During this time, Adam and Joan worked closely with Dr. Hocker and his team, immersing themselves in the museum, which inspired new creative approaches toward the ship’s story and historic legacy.

Dr. Hocker will discuss three topics of interest to many museumgoers: why the ship sank; the museum site location on a drydock; as well as the preservation of the ship and its contents. The artists and Dr. Hocker will also discuss their time spent together at the museum, relating these experiences to the artistic output and body of work that became Conversations with A Shipwreck.

Since opening on March 4, Conversations with a Shipwreck has been acclaimed as an exhibition where “The viewer listens to [Wickersham’s] words and sees the haunting, atmospheric images of boat skeleton, its architecture and intricate carvings, the ghostly atmosphere of something — and someones — lost and found again,” (Nina Maclaughlin, Boston Globe).

The event will take place as a Zoom webinar, and will begin with a video presentation with Wickersham and Davies followed by a moderated discussion and a live audience Q&A. Registration is required; sign up at the link above. 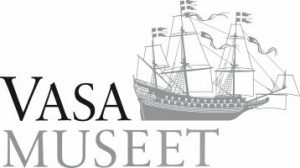 Fred Hocker is a historian and has a PhD in anthropology. Doctor Hocker has a vast experience from a long series of marine archeological excavations in the USA, Northern Europe and the Mediterranean. Since 2003, he has been the Director of Research at The Vasa Museum.