**Due to popular demand, the exhibition has now been extended through September 7.** 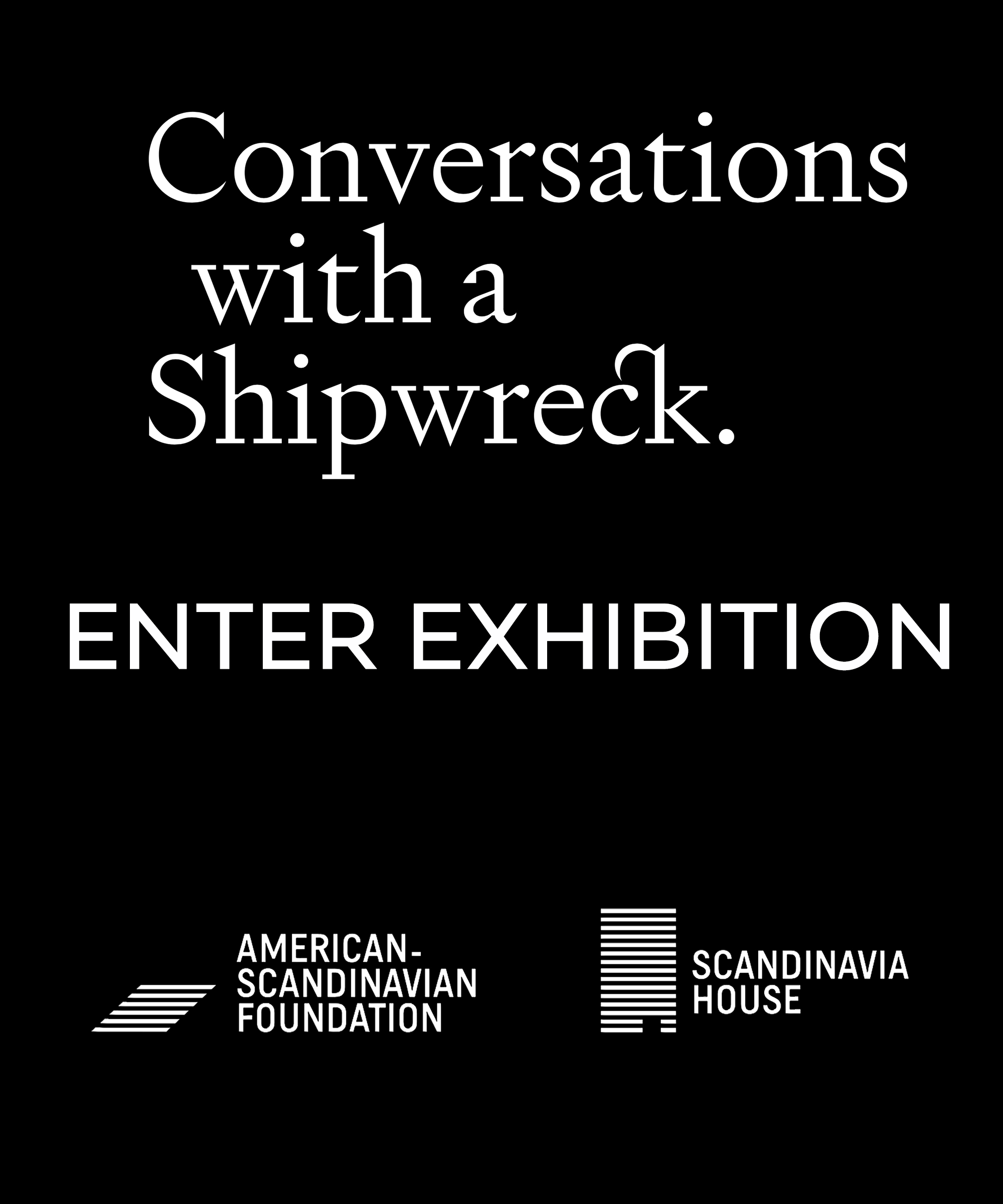 Beginning Thursday, March 4, Scandinavia House Online is proud to introduce the interactive digital exhibition Conversations with a Shipwreck with a haunting, multimedia meditation on the Swedish warship Vasa, created in word and image by ASF Fellows Joan Wickersham and Adam Davies. Through presentations of poems and large-format photographs, with short durational video and audio, this digital art and literary exhibition responds to the legendary warship — which sank only minutes into her maiden voyage — exploring themes of memory and oblivion, technological triumph and fiasco, permanence and impermanence, mortality and time. To enter the exhibition, click here or on the portal to the left.

On June 18, ASF and the Vasa Museum presented a panel with artists Joan Wickersham & Adam Davies and Fred Hocker (Director of Research, the Vasa Museum). Stream the full panel here.

Conversations with a Shipwreck is a unique collaboration by two award-winning artists inspired by a mysterious vessel that was both destroyed and preserved by catastrophe. In this unique interactive platform available through June 5, viewers will have the opportunity to experience a series of video pairings between Davies’s photographs and Wickersham’s prose poems, while also exploring information about the Vasa ship’s history and video introductions to each artist. Wickersham’s pieces – both intimate and urgent — weave together Vasa’s story and the personal associations it ignites. Davies’s photographs, made using a large-format camera, present monumental and intricate evocations of the ship and her artifact, as well as related sites around Stockholm. Words and images play off each other, taking the viewer out of the present day into an ambiguous time — not literal or historical, but “other” in a way that expresses the protean nature of Vasa and her story — bringing viewers into the presence of an absence.

The exhibition also highlights the ASF Fellowships & Grants programs, which demonstrate the Foundation’s longstanding commitment to educational cultural exchange. ASF Fellow Joan Wickersham is a writer and National Book Award finalist whose work has been acclaimed for its emotional fierceness, structural innovation, and elegance of language; her memoir The Suicide Index has been described as “an extraordinary magical mystery tour of a book” (The Los Angeles Times) and her most recent book of fiction, The News from Spain, has been hailed as “an ode to heartbreak and regret” (The New York Times). ASF Fellow Adam Davies is an award-winning photographer whose large-format film photography explores architecture, social systems, and public spaces.

Said David Tomkins, Writer/Editor of The Chinati Foundation, Marfa: “There’s an enigmatic quality to Davies’ images, and to the places they depict. The pictures bear a trace of something a bit uncanny because the places they depict are quietly but insistently someplace else-or at least the threshold to someplace else . . . maybe a little magical, maybe a little cursed.”

The immense and elaborately ornamented warship Vasa, built to be the most fearsome military weapon of its time, was launched on August 10, 1628, and sank almost instantly, capsized by a small gust of wind that came down through a gap in the cliffs. For 300 years, the ship lay forgotten at the bottom of Stockholm harbor.

In 1956, an independent scholar named Anders Franzén found the wreck using homemade grappling tools, and spearheaded a long and ultimately successful effort to raise the ship, restore it, and build a museum to house it, along with everything that had been salvaged, including the bones of the people who died in the wreck. Vasa is now permanently housed in the Vasa Museum on the island of Djurgården, Stockholm.