The Nordic & Baltic Oscar Contenders series at Scandinavia House returns this season with screenings of films chosen by the Nordic & Baltic countries to compete for the Oscar nomination for the Best International Feature Film! On December 9, see Latvia’s official nomination for the 95th Academy Awards, January (dir. Viesturs Kairiss, Latvia 2022), as well as the Lithuanian short film Limousine, submitted for this year’s Best Documentary Short Film.

In January, an autobiographical portrayal of the early 1990s political upheaval that changed the lives of members of the former Soviet Union, aspiring filmmaker Jazis and his friends Anna and Zeps are pursuing their dreams of making movies while enjoying the freedom of young adulthood. But their plans are upended with a collapse of their region’s political system, which also alters family ties and friendships. Through their experiences and participation in nonviolent resistance, the construction of barricades and human shields becomes the defining moment of their coming-of-age. (95 min. In Latvian/Lithuanian/Russian with English subtitles)

And in the short film Limousine from director Saulė Bliuvaitė, groups of people from different generations each rent a limousine for one hour, aiming to commemorate life events or simply to have a good time. But their goals for the evening are complicated by personal matters, as well as making the most of a limited time frame. (15 min. In Lithuanian with English subtitles)

This screening will take place in-person at Scandinavia House in Victor Borge Hall. 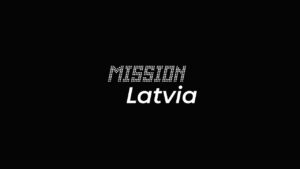 Any visitors who do not abide by these policies will be required to leave. Read our our Non-Discrimination Policy here.