Self-made banker Boriss Osipovs achieves quick success immediately after the collapse of the Soviet Union, going from university professor to flamboyant millionaire. But when one venture goes awry, he flees Latvia to avoid arrest for illegal operations. Fifteen years later, his family receives a photograph from Interpol of an elderly man with a name they recognize — but this man resides in a Malaysian mental asylum. Could it be him? Making its North American Premiere at NYBFF,  My Father the Banker follows director Ieva Ozolina’s investigation into her father’s story to find out the truth about the man in the photograph, despite her family’s reservations. The result is an emotional and deeply personal documentary about a man who loses himself during times of great upheaval — and the daughter who hopes to find her father, and with him, a missing piece of herself. Directed by Ieva Ozoliņa (Latvia, 2014)

My Father The Banker is Ieva Ozoliņa’s debut film. She has since directed the documentaries My Mother – the State (2018) and Solving My Mother (2017). 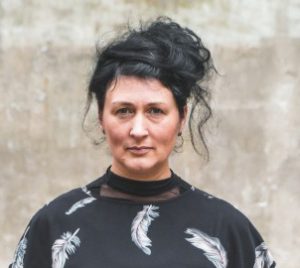