Making its NYC Premiere at the New York Baltic Film Festival, Summer Survivors /Išgyventi vasarą will be followed by a Q&A with director Marija Kavtaradzė, moderated by Lukas Brasiskis.

Indre is an ambitious young psychologist, keen to get ahead at the psychiatric unit where she works. In exchange for research privileges at the clinic, she reluctantly agrees to accompany two patients cross-country as they travel to another unit located in a seaside town. Indre quickly finds herself the leader of a rather disparate group: whereas the outgoing Paulius suffers from bipolar disorder, prone to manic mood swings, the introverted Juste’s wounds are more hidden from sight. But as they navigate through the journey, their internal struggles prove increasingly similar, and what would appear to be a carefree summer trip with friends could actually be the beginning of a meaningful healing process. Summer Survivors is a refreshing, if bittersweet story that — just like the start of every summer — is full of hopes, surprises, and the promise that anything is possible. Directed by Marija Kavtaradzė (Lithuania, 2018)

Born in 1991, film director and scriptwriter Marija Kavtaradzė graduated from the Lithuanian Academy of Music and Theatre in 2014. One of her latest short fiction films, I’m Twenty Something (2014), won Best Student Film at the Lithuanian Film Academy Awards in 2015. Kavtaradzė also co-wrote the feature film The Saint, directed by Andrius Blazevicius, which premiered at Busan IFF and played at the Warsaw ISFF in 2016, going on to have a very successful theatrical run in Lithuania in 2017. Kavtaradze received support from the Lithuanian Film Centre for her debut feature film Summer Survivors. 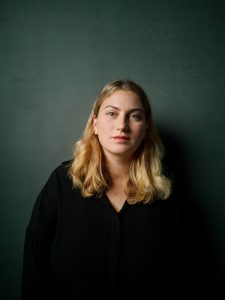