The Experimental Self: Edvard Munch’s Photography, an exhibition organized by American-Scandinavian Foundation with The Munch Museum in Oslo that first brought the photographic work of the master painter to NYC in 2017/18 before traveling worldwide, returns to Scandinavia House this winter with a newly conceived design and a section including vintage camera equipment alongside the release of the 2020 illustrated book The Experimental Self: The Photography of Edvard Munch, awarded with diploma as one of The Year’s Most Beautiful Books, 2021 by Grafill, Norway’s National Organization for Visual Communication. An Interactive 3-D Tour of the exhibition is now available; click here to launch or enter portal at right. On March 26, curator Patricia G. Berman and MaryClaire Pappas will join ASF President Edward Gallagher for the virtual panel discussion “In Conversation: The Photography of Edvard Munch”; learn more here. Beginning this spring, Scandinavia House is also rolling out a series of lesson plans for children to engage with Edvard Munch’s Photography; see the Education Resources Page here. Due to popular response, the exhibition has now been extended through June 4.

Internationally celebrated for his paintings, prints, and watercolors, Norwegian artist Edvard Munch (1863–1944) also took photographs. In 2017/18, the exhibition The Experimental Self: Edvard Munch’s Photography at Scandinavia House drew widespread acclaim for introducing audiences to his photographic and film work, emphasizing the artist’s experimentalism and examining his exploration of the camera as an expressive medium. This exhibition includes Munch’s experimental portraiture of friends and family as well as his self-portraiture, including images from what he termed his “Fatal Destiny” portfolio, staged between 1902 and 1908. By probing and exploiting the dynamics of “faulty” practice, such as distortion, blurred motion, eccentric camera angles, and other photographic “mistakes,” Munch photographed himself and his immediate environment in ways that rendered them poetic. In both still images and in his few forays with a hand-held moving-picture camera, Munch not only archived images, but invented them. As a recent Financial Times Magazine review of the works states, “Munch’s mercurial snapshots trace the survival of an artist obsessed with loss… his photographs remain tantalisingly opaque a century on.”

Having since traveled to eight venues worldwide, including Seattle, Oslo, Stockholm, Fredrikssund (Denmark), and Bergen, the exhibition will be returning to Scandinavia House beginning December 10 in a new iteration, including photographic enlargements and a display of the amateur camera models similar to those he used in his work.

The exhibition will also feature a “selfie station” for visitors to interact with Edvard Munch’s experimental self-portraiture, as well as the opportunity to browse the new publication, which includes 120 fully illustrated pages alongside essays by curator Patricia G. Berman, Tom Gunning and MaryClaire Pappas, available for purchase in the Shop. On loan from the Munch Museum in Oslo, Norway, the approximately 50 copy prints in the exhibition and a continuous projection of Munch’s films will be accompanied by contextualizing didactic panels as well as a video presentation. 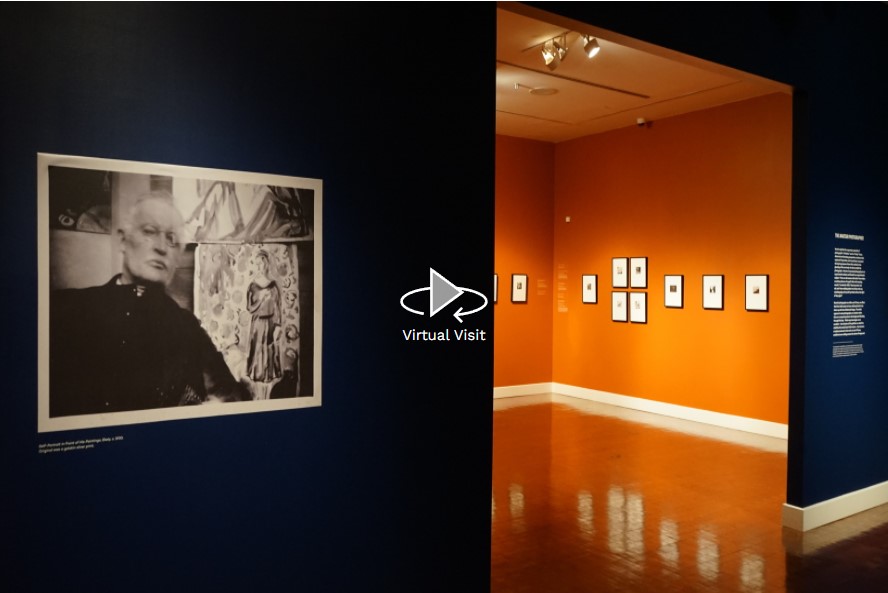 Explore an Interactive 3-D Gallery Tour of the full exhibition, courtesy of Eazel, through the portal above or by following the link here.

In Conversation: The Photography of Edvard Munch
Premieres Saturday, April 1 at 1 PM

This exhibition has been organized by the American-Scandinavian Foundation in partnership with The Munch Museum in Oslo, Norway. It has been supported by the Inger and William Ginsberg Support Fund.

A professor of art history at Wellesley College, Dr. Patricia Berman is a leading specialist in early modern Scandinavian art and the author of numerous important scholarly publications in the field. From 2010-2015, she held a faculty position at the University of Oslo, Norway, where she continues to be part of a research project entitled “Edvard Munch, Modernism, and Modernity.”

Her curatorial work has included Munch|Warhol and the Multiple Print (2013, New York and Ankara, Turkey); Luminous Modernism: Scandinavian Art Comes to America, A Centennial Retrospective 19122012 (2011, American-Scandinavian Foundation); In Munch’s Laboratory: The Path to the Aula (2011, Munch Museum, Oslo), Edvard Munch and the Modern Life of the Soul (2006, Museum of Modern Art, NY).

This spring Scandinavia House will be rolling out a series of lesson plans for children’s educational activities related to Munch’s photography. Now online, a “Pinhole Camera Lesson Guide” by educator Genevieve Ward-Wernet introduces children to the process of building and using a pinhole camera to create imagery using the camera obscure effect. Additional resources will be added over the coming weeks.

The Experimental Self: Edvard Munch’s Photography has been made possible in part by the generous support of DNB Bank ASA, Trond S. Jensen, Inger G. and William B. Ginsberg, Inger McCabe Elliott, Barbara and Bård Bunaes, Daphne L. Davidson and Bente L. Strong.  The current presentation has been supported by the Inger and William Ginsberg Support Fund.