On April 17, American-Scandinavian Foundation invites you to a virtual talk with photographer Anne Helene Gjelstad on her documentary book Big Heart, Strong Hands, out now from Dewi Lewis Publishing. She will be joined by moderator & photographer Erika Larsen (Sàmi: Walking with Reindeer).

Big Heart, Strong Hands is the story of the women on the Estonian islands Kihnu and Manija in the Baltic Sea. Geographically isolated, over centuries a strong sense of community spirit and a steadfast attachment to their ancestor’s customs has developed. Often viewed as the last matriarchal society in Europe, the women here take care of almost everything on land as their husbands travel the seas.

Gjelstad has photographed the daily lives and activities of the women, their clothing, bedrooms, kitchens and farmhouses as well as the surrounding landscape ­– even a ceremony in a deceased person’s kitchen only three hours after she had passed away. She has also interviewed the women about their lives, struggles and losses and their thoughts on the future. We learn of the development of this unique society, the harsh conditions it endured over many decades as part of the Soviet Union, as well as its culture and folk dressing customs. These are the hushed voices of culture bearers who need to be heard, for this is a small society rapidly moving towards Western standards, and where traditional culture and identity is inevitably slipping away.

In today’s event, Gjelstad and Larsen will discuss the work over the past 11 years that went into the project, as well as the lives and culture it portrays; including the matriarchal order of the islands, their work with textiles, and the preservation of the society. They will also discuss how to work on such lengthy and immersive projects, and how to be able to gain access to and build connections in closed societies.

*This event has now ended.* Stream the talk in the video below. 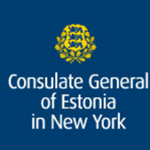 Anne Helene Gjelstad is a Norwegian award-winning photographer and educator whose work has been exhibited worldwide. Her passion is photographing people, and for the last 11 years she has portrayed the lives of the older women on the Estonian islands of Kihnu and Manija in the Baltic Sea.

For her, Big Heart, Strong Hands is her contribution to record and help preserve the future of this unique culture.

Erika Larsen is a multidisciplinary storyteller who believes that photography is one of the most important ways to explore our understanding of time. She is fascinated by the way we communicate with nature and often focuses on people that maintain strong relationships to the natural world. Her monograph Sami-Walking with Reindeer, a reflection of her time living in the Scandinavian Arctic, was published in 2013.

Larsen was a 2017 Fellow with National Geographic Society for an ongoing project exploring how ritual can help us communicate our relationship to liminality, consciousness and daily life. Her work has been included in the Smithsonian National Portrait Gallery, National Geographic Society, Fotografiska Museum and the United States Embassy in Oslo. In 2020 she was the Eliza Scidmore Award recipient for immersive storytelling.