Scandinavia House is now hosting a virtual cinema presentation of the new film The Artist’s Wife, starring the internationally acclaimed Swedish actress Lena Olin, with Strand Releasing. Half of proceeds will go to support ASF and Scandinavia House.

Claire (Lena Olin) lives a domestic life in the Hamptons as the wife of celebrated artist Richard Smythson (Bruce Dern). Once a promising painter herself, Claire now lives in the shadow of her husband’s illustrious career. But when Richards’ moods become increasingly erratic as he prepares for his final show and he is eventually diagnosed with dementia, Claire must shield his condition from the art community as his memory and behavior deteriorate, while working to reconnect him with his estranged daughter and a grandson from a previous marriage.

Challenged by the loss of her world as she knew it, Claire must now decide whether to stand with Richard on the sidelines — or step into the spotlight herself. Directed by Tom Dolby (U.S., 2019); 95 min. In English.

Lena Olin and director Tom Dolby will present a special virtual introduction to accompany the release; check back to this page for more details.

Tom Dolby’s feature film writing and directing debut, Last Weekend, starring Patricia Clarkson, was released in 2014 by IFC/Sundance Selects and called “Checkhovian” by The New York Times, with Ms. Clarkson’s performance hailed as “terrifically nuanced, heartbreaking, and often very funny” by the San Francisco Chronicle. Tom is the founder of Water’s End Productions, where he and his team have developed a slate of narrative features and documentaries with the goal of supporting provocative and challenging human stories. The company funded the development of the Academy Award-winning film Call Me By Your Name, on which he served as an executive producer.

Tom and Water’s End have also produced the critically acclaimed films Little Men, Regarding Susan Sontag, Scotty and the Secret History of Hollywood, and Little Woods, among others. 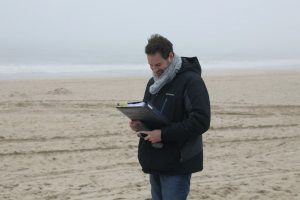 The former Miss Scandinavia began her career on the National Stage in Stockholm in Ingmar Bergman’s production of King Lear. She then went on to play the title role in Bergman’s rendition of Strindberg’s Miss Julie. Ingmar Bergman next cast her in Face to Face and soon after in the award-winning Fanny and Alexander. Olin’s debut in a lead role on film was in After the Rehearsal, also directed by Bergman. In 1988, Olin garnered international acclaim opposite Daniel Day-Lewis in her first English-speaking film, The Unbearable Lightness of Being and in 1989, she earned an Academy Award nomination for her work in Enemies: A Love Story. Olin and husband Lasse Hallström later collaborated on the critically acclaimed film Chocolat, which received five Academy Award nominations, and on the film Casanova. Olin also starred in Romeo Is Bleeding as the outrageous hit woman Mona Demarkov.

Her additional film credits include The Reader, starring Kate Winslet and directed by Stephen Daldry; Awake, starring Hayden Christensen and Jessica Alba; and Remember Me, starring Robert Pattinson and Pierce Brosnan. Lena starred opposite Jennifer Garner on the second season of the American TV show Alias, earning an Emmy Award Nomination, and also appeared in the fourth season and series finale. 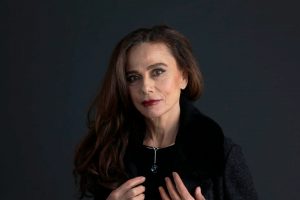