**The producers of LIV LIVE have decided to postpone performances scheduled for Scandinavia House, May 23 to 28. New performance dates in late Fall 2022 will be announced shortly; please check back here for details. All ticket holders will automatically receive a refund for their purchase and will be notified when new dates have been scheduled.**

Join Liv Ullmann for a dynamic, interactive exploration of her life as an actress, director, writer and humanitarian activist. With Tom Remlov, former CEO of Norwegian Film as guide, the audience will encounter Liv — her work, her passions, her loves, her life.

One of Scandinavia’s most celebrated stars of stage and screen, Liv’s artistic collaborations with Ingmar Bergman are only a part of a career which has spanned over 60 years and was recently celebrated with an Oscar — a lifetime Honorary Achievement Award at the 94th Academy Awards. Audiences are invited on a journey with Liv as she also shares film clips, photos and memorabilia from her varied and unique life.

This production was first presented to an enthusiastic response at theaters all across Norway, including the National Theater in Oslo. An abbreviated version has been shown on Norwegian television. The presentation at Scandinavia House will mark its U.S. debut.

Liv Ullmann is an internationally renowned actress, director, writer, and humanitarian who has served as an Executive Trustee of the American-Scandinavian Foundation since 2006. Ms. Ullmann grew up in Trondheim, Norway, and made her theater debut in The Diary of Anne Frank (1957) in Stavanger. She has starred in numerous films and theater productions all over the world, including five times on Broadway. Throughout the 1960s and 1970s, Ms. Ullmann worked closely with Swedish director Ingmar Bergman, appearing in lead roles in films such as Persona (1968), Cries and Whispers (1973), Scenes from a Marriage (1973) and opposite Ingrid Bergman in Autumn Sonata (1978). Among her numerous acting accolades, Ms. Ullmann earned Oscar nominations for her work in The Emigrants (1971), and Face to Face (1976).

She wrote and directed the Danish film Sophie (1992) and adapted and directed the Norwegian film based on Sigrid Undset’s epic novel Kristin Lavransdatter (1995). Among other films she has adapted and directed is Miss Julie (2014) with Jessica Chastain, who won an Oscar this year. Ms. Ullmann is the author of two books, Changing and Choices. She has also been active in directing various stage productions, including A Streetcar Named Desire, starring Cate Blanchett. In 2017, she brought the stage version of her 1996 Ingmar Bergman film Private Confessions to the stage performed by the National Theater of Norway at Kennedy Center’s Eisenhower Theater.

Ms. Ullmann is co-founder of the Women’s Refugee Commission and remains a passionate advocate for the rights of women, children and adolescent refugees worldwide. She is Honorary Vice Chair, International, for the International Rescue Committee, and has served as a UNICEF Goodwill Ambassador. Ms. Ullmann has been the recipient of a number of awards, including the Laureate Freedom from Want Award, the Ibsen Centennial Award, the best actress prize three times each from the National Society of Film Critics and the New York Film Critics Circle, and several Golden Globes.

In 2005, King Harald V of Norway made her a Commander with Star of the Order of St. Olav. She received the ASF Gold Medal in 2019.

In 2022, she was received an Honorary Oscar at the 94th Annual Academy of Awards. In April, British Film Institute celebrated Liv Ullmann’s career with the month-long film festival “Liv Ullmann: Face to Face.”

Tom Remlov has held a number of top management positions in the Norwegian arts world. He trained as an actor and director in London and worked in the British theatre for a number of years before returning to his native Norway. He was Artistic Director at Den Nationale Scene (The National Stage) in Bergen from 1986 to 1996; Managing Director and Executive Producer at the publicly owned studio and production company Norsk Film AS until 2001; CEO at Den Norske Opera & Ballett (The Norwegian Opera & Ballet) from 2008 to 2014; and Artistic Director at Riksteatret (The Norwegian National Touring Theatre) for a fixed tenure ending 2020.

All through his professional life Mr Remlov has been active as public speaker, educator, translator and writer, and has served on a wide range of committees and boards. Apart from a number of directorships, he is today Adjunct Executive in Residence at BI Norwegian Business School at the Department of Leadership and Organizational Behaviour. 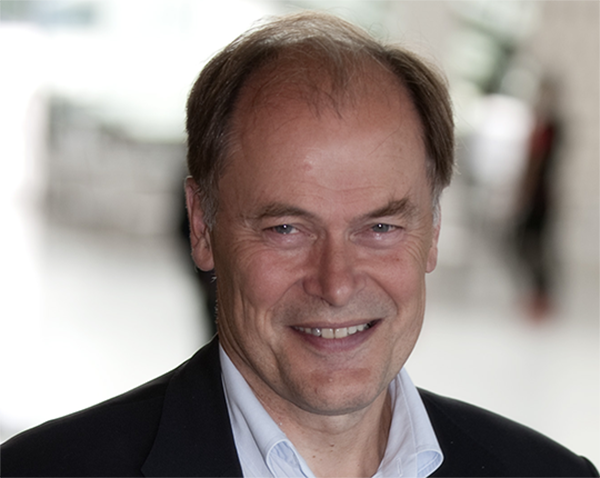