On January 13, Scandinavia House invites you to the first of two international online panels dedicated to Jonas Mekas and his last book, Transcript 04 44’ 14” Lithuania and the Collapse of the USSR, now out from Humboldt Book! The event will be followed by a second panel with Brooklyn Rail on January 14.

Thirty years after the tragic and courageous struggle that led the Lithuanian people to regain their independence, this panel will discuss the legendary Lithuanian-American filmmaker, poet, and artist Jonas Mekas (1922-2019) and his final book, which retraces those events from a personal perspective. Transcript 04 44’ 14” Lithuania and the Collapse of the USSR originates from a movie by Mekas, which is at the same time a precious historical document and a masterpiece of avant-garde cinema. In today’s panel “The Cinematic Diary as a Tool for Historical and Political Writing,” the curator of the publication, Francesco Urbano Ragazzi, will dialogue with other thinkers, artists, and historians in a virtual roundtable involving Italy, France, Israel, Lithuania, and the U.S.: including Giovanna Silva, Pascal Le Segretain, and Oona Mekas, with special guest Vytautas Landsbergis, Head of State of the Republic of Lithuania, who has described Jonas Mekas’ book as such:

“Lithuania became part of the American life for some months, for one year, for two years and Jonas took it into his evidence, into his camera. Jonas comes as a reminder and does present Lithuania as a reminder. Lithuania is a little reminder of very great things.”

Transcript 04 44’ 14” Lithuania and the Collapse of the USSR is edited by Francesco Urbano Ragazzi and published by Humboldt Books. Learn more about the book and purchase it here. 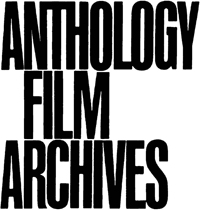 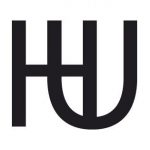