Our popular Summer Jazz Series returns to Scandinavia House, with live concerts! This summer we’re presenting performances from some of Scandinavia’s most talented jazz musicians, composers, and singers on Thursday evenings in June.

Tickets to this event must be purchased in advance online at the link above. Attendees are required to follow all Scandinavia House safety protocols, including wearing masks at all times during the program and observing social distancing rules in signage. Please read our full safety protocols here.

Eeppi Ursin is a New York -based platinum-selling, award-winning singer, songwriter and  pianist originally from Finland. Ursin is known for her angelic-strong voice and exceptional skill set ranging from top-class performance to writing music for various groups. Her stage presence combines warmth, style, humor and virtuosity. Her recordings and performances as a singer vary from pop, jazz, dance, a cappella and children’s music. Throughout her career she has captivated audiences all around the world performing as a vocal soloist at prestigious venues with acclaimed artists such as trumpeter Leroy Jones and  Spirit of New Orleans, Vocal Ensemble Club For Five, and UMO Jazz Orchestra, to name a  few. Eeppi Ursin also collaborates with renowned theatres and modern opera ensembles as a composer and arranger. In 2022, Eeppi Ursin was chosen as Performer of the year by Finlandia Foundation National – a  nomination that sends her performing at venues all around the United States. In 2014 she was  chosen to perform as the soloist at the President’s Independence Day Reception in Finland. In  2001 she won the 1st prize in the Lady Summertime international jazz vocal competition. Website: www.eeppiursin.com; @eeppiursinofficial

Olli Hirvonen is a Finnish guitarist currently based in Brooklyn, NY. Fluent in various styles  from jazz to rock to more experimental sounds, he has formed a highly unique style  combining these different influences. As the winner of the 2016 Montreux Jazz Guitar  Competition, Hirvonen is definitely one of the most accomplished Nordic musicians of his  generation. Hirvonen has been performing with his own ensembles all around the world since 2008.  These performances include festivals in the US, Finland and abroad, including the main stage  of Pori Jazz, Kennedy Center Nordic Cool 2013 Festival, UCLA European Jazz Festival, DC  Nordic Jazz 2015, Sounds NEW Contemporary Music festival in UK and Tudengijazz in  Estonia, and numerous clubs in New York and around, such as the Jazz Gallery, Cornelia St.  Cafe, Bar Next Door, Bitter End, Stone Pony, and Rockwood Music Hall. Website: www.ollihirvonen.com; @ollihirvonenmusic

Kaisa Mäensivu is a Finnish jazz bassist who has kicked off an international career in music with great success. She grew up to her musical taste in Helsinki where she studied at the jazz department of  Sibelius Academy before moving to New York to pursue her career in music. In 2017 she  graduated from Manhattan School of Music after studying with professors Ron Carter  and Dave Liebman. Kaisa started her jazz quartet Kaisa’s Machine in 2016. Kaisa splits her time between Helsinki and New York when she’s not on tour somewhere else  in the world. She has recorded two albums as a band leader and is in high demand as a side  musician. Website: www.kaisamaensivu.com; @kaisazz

Drummer, percussionist, and educator Joe Peri is primarily known as a jazz drummer, but he  has played with a diverse range of bands and performers all around the world since arriving  to New York City in 2009. Joe performs regularly in many of New York City’s top jazz clubs such as Jazz at Lincoln Center, Smalls, Mezzrow, Smoke Jazz Club, the Blue Note, and the Django to name a few.  Since graduating from the Manhattan School of Music in 2015, Joe has collaborated with  numerous notable jazz artists like Jerry Weldon, Pat Bianchi, Aaron Goldberg, Sam Yahel,  Joel Frahm, Yotam Silberstein, Kevin Hays, and Dave Kikoski. In 2018, Joe recorded with  Tony Bennett and Lady Gaga on their grammy-nominated album “Love For Sale” released in  October of 2021. The album, a tribute to Cole Porter, was Bennett’s final studio recording.  Joe also performs regularly as the percussionist in the band of fashion designer and  personality Isaac Mizrahi. Currently, Joe performs and tours frequently with trumpeter/ vocalist Benny Benack III. A two-time graduate of the Manhattan School of Music (BM ’13 & MM ’15), Joe studied  under the watchful eye of master drummer John Riley of the Village Vanguard Jazz  Orchestra. Website: www.joeperidrums.com @joeperi

This program has been supported by Finlandia Foundation. 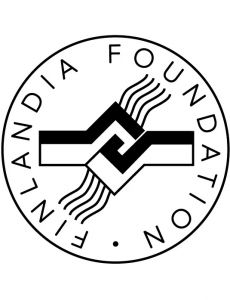 This summer we’re presenting performances from some of Scandinavia’s most talented young jazz musicians, composers, and singers from June 2 through June 23.